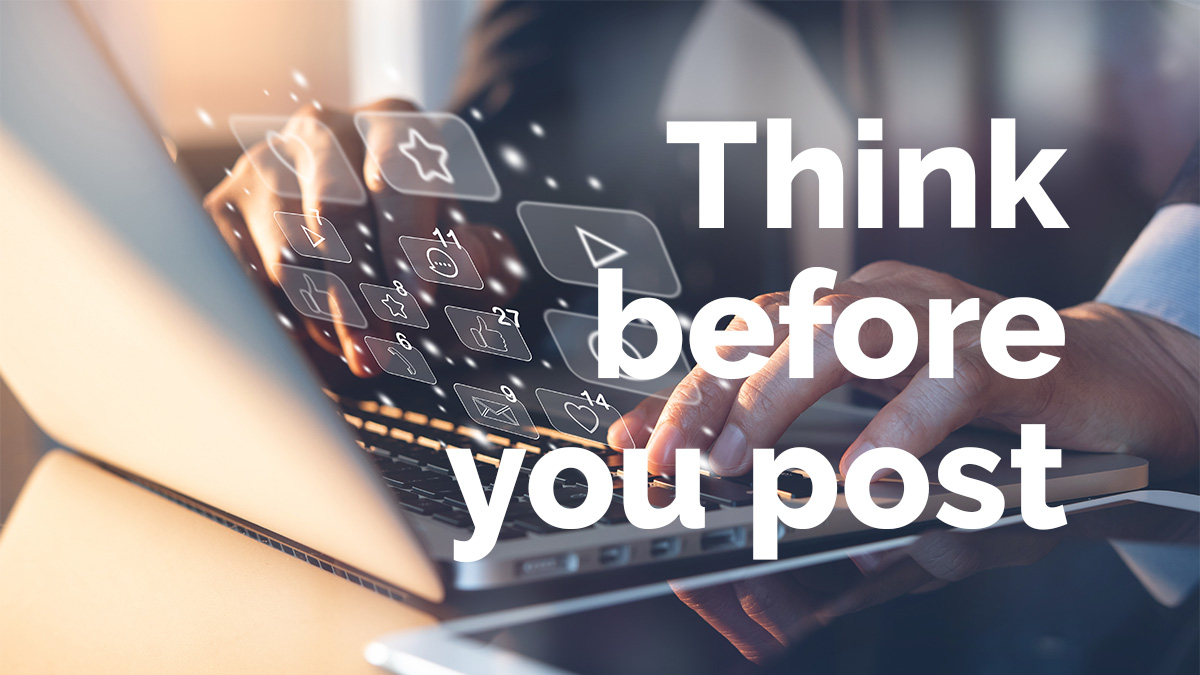 This article is featured in Volume 3, Number 3 of the Legal Ethics and Malpractice Reporter.

On March 14, 2022, the Indiana Supreme Court Disciplinary Commission issued Opinion 1-22. The question posed and answered in the Opinion is: “Can a lawyer’s pretrial publicity or extra-judicial comments on social media platforms about a pending legal dispute in which the lawyer is participating (or has participated) have ethical implications?”

Lawyer comments before trial have always been a potential ethical “minefield.” In the current environment when people regularly make social media postings on virtually every aspect of their lives, the ethical dangers of pretrial publicity via social media have increased enormously.

Indiana Commission Opinion 1-22 identifies three Rules of Professional Conduct that must be analyzed to determine the ethical limitations on lawyers who wish to use social media for pretrial comments. They are Rule 1.6, Rule 3.6, and Rule 3.8(f).

Rule 1.6 addresses the confidentiality of information relating to representation. IRPC Rule 1.6(a) states:

While the language differs slightly, both KRPC Rule 1.6(a) and MRPC Rule 4-1.6(a) similarly prohibit a lawyer from disclosing client confidential information without the client’s consent. All lawyers contemplating making pretrial or extra-judicial statements on social media must, therefore, remember that these will be subject to Rule 1.6 and they must follow the requirements of that Rule as adopted in their jurisdiction if any of the information they intend to post is subject to that Rule.

A. A lawyer who is participating or has participated in the investigation or litigation of a matter shall not make an extra-judicial statement that the lawyer knows or reasonably should know will be disseminated by means of public communication and will have a substantial likelihood of materially prejudicing an adjudicative proceeding in the matter.

B. Notwithstanding paragraph (a), a lawyer may state:

C. Notwithstanding paragraph (a), a lawyer may make a statement that a reasonable lawyer would believe is required to protect a client from the substantial undue prejudicial effect of recent publicity not initiated by the lawyer or the lawyer’s client. A statement made pursuant to this paragraph shall be limited to such information as is necessary to mitigate the recent adverse publicity.

No lawyer associated in a firm or government agency with a lawyer subject to paragraph (a) shall make a statement prohibited by paragraph (a).

In commenting about the Indiana versions of Rule 3.6, Opinion 1-22 states:

To assure that client confidences are maintained and that the fair and impartial adjudication of legal disputes is preserved, Rule 3.6 requires lawyers who are participating in legal matters to be aware of the lawyers’ responsibilities when making public comments about those matters. By only restricting attorney extra-judicial speech that will have a substantial likelihood of materially prejudicing a legal proceeding, Rule 3.6 strikes a balance between protecting the right to a fair trial and safeguarding an attorney’s right of free expression …

Rule 3.6(a) does not require that actual prejudice result from the public comments; rather, the proper analysis focuses on the likelihood that a particular statement, at the time it was made, will cause prejudice.

The prosecutor in a criminal case shall: . . . (f) except for statements that are necessary to inform the public of the nature and extent of the prosecutor’s action and that serve a legitimate law enforcement purpose, refrain from making extra-judicial comments that have a substantial likelihood of heightening public condemnation of the accused and exercise reasonable care to prevent investigators, law enforcement personnel, employees or other persons assisting or associated with the prosecutor in a criminal case from making an extra-judicial statement that the prosecutor would be prohibited from making under Rule 3.6 or this Rule.

The most helpful portion of Opinion 1-22 is its discussion of five hypotheticals that present serious possibilities of ethical violations to the lawyers involved:

1. Commenting on Inadmissible Evidence or Credibility

Lawyer D represents a professional athlete charged with sexually assaulting a woman. The athlete’s defense is that the encounter was consensual. At the attorney’s direction, the athlete submitted to a polygraph test. Lawyer D makes statements at a press conference pronouncing that his client is more credible than the victim and has passed a polygraph test.

2. Commenting on Prejudicial Matters Outside the Public Record

Lawyer P filed a negligence suit against the State on behalf of his client, a construction worker who was seriously injured in a bridge collapse. Lawyer P recently acquired an internal report from a federal agency that warned State officials that the age of certain bridges in the State made them potentially dangerous. This report was not publicly issued and has not yet been admitted as evidence in the lawsuit. Lawyer P provides a copy of the report to the media and quotes the report in a press statement.

3. Expressed Opinions on Guilt or Innocence of a Suspect

After filing criminal charges on a triple homicide alleged to be a murder-for-hire, Prosecutor S made statements during a press conference that the defendant was “cold blooded and ruthless” and that “he wouldn’t trade any money in the world for one life, let alone three.” Prosecutor S also announced that he would be seeking the death penalty against the defendant. Prosecutor S did not state that the charges are merely an accusation and that the defendant is presumed innocent unless and until proven guilty.

4. Commenting on Matters that Extend Beyond Exception (Adverse Publicity)

Attorney Z represents a client in a civil action against Officer B and the police department for excessive force. Officer B was the subject of a grand jury investigation regarding the incident, and the grand jury did not indict. The Chief of Police holds a press conference, announcing that the grand jury has fully exonerated Officer B of any wrongdoing. The Chief of Police’s remarks are widely publicized. Attorney Z responds the next day by issuing a press release and posting on the firm’s social media page the following: “This isn’t over yet. Officer B has a history of violence that will come out in the end, so Officer B just better watch himself.”

Lawyer D has a social media page on which other lawyers, court employees, and friends post and comment on a variety of subjects, including social and political issues. After one of Lawyer D’s friends posts an item about gun control, Lawyer G comments in a reactive post: “The only time the State gives two figs about gun control is when it promotes its social agenda against the underprivileged. Take, for example, the case against my client. All he was doing was defending his property against drug dealers, but he’s poor, so the State wants to convict him anyway. What a crock! Thank goodness they haven’t found his prior conviction in KY, so at least the State isn’t trying to hang a habitual charge on him.”

Labeling each of these scenarios “ethical minefields,” Opinion 1-22 addresses the specific rules implicated and conduct attorneys should avoid.

The Opinion’s analyses of the fourth and fifth “ethical minefields” are particularly insightful. Regarding the fourth hypothetical, the Commission observed that “[a]ttorneys have an obligation to consider the political and social climate in which they make an extra-judicial statement”:

Although Attorney Z was not involved in the investigation of Officer B’s criminal matter, the Chief of Police’s remarks could impact public perception of Attorney Z’s pending civil suit against Officer B. Per Rule 3.6(c), a responsive statement might be warranted. Nonetheless, Attorney Z’s response was not directed at dispelling the assertion that Officer B had been cleared of all wrongdoing. Rather than de-escalating the impact of pretrial publicity, Attorney Z’s remarks potentially further fanned the flames; therefore, the remarks are problematic under Rule 3.6.

Attorneys have an obligation to consider the political and social climate in which they make an extra-judicial statement. Extra-judicial statements made about a case in a politically or socially charged atmosphere can increase the likelihood that the statement will materially prejudice the proceeding. Attorneys should be cautious when making statements that could be politicized by the public and contaminate the potential jury pool.

Addressing the fifth hypothetical, the Commission reminds attorneys that even posts that aren’t intended to reach a broad audience have ethical implications:

Lawyer D’s social media post is unlikely to generate the type of publicity that posts from official government agency or a press release will. Moreover, Lawyer G did not name her client; therefore, Rule 3.6 is not likely to be implicated. However, the implications to Lawyer G’s client could be devastating if the State were to learn of the comment and connect the comment to the client. Further, Lawyer G’s comments would be problematic under Ind. Prof. Cond. R. 1.6; see also Opinion #1-20 about third-party comments on social media posts.

Although there may be some differences among the Rules of Professional Conduct in Indiana, Kansas, and Missouri, the “ethical minefields” highlighted in Opinion 1-22 are as relevant to lawyers in Kansas and Missouri as to those in Indiana.

In one sense, Opinion 1-22 simply is a reminder of the continuing importance of following the ethical rules relevant to pretrial and extra-judicial comments. On the other hand, it may also be designed to alert older lawyers and others who may be less familiar with the “open culture” of social media that it can present significant ethical problems for lawyers and law firms. Lawyer speech does have limits based on lawyers’ fiduciary responsibilities to their clients and their obligations to courts and the justice system and the need to prevent unfair and prejudicial pretrial publicity. Lawyers need to remind themselves and their colleagues of these limits as expressed in Rules 1.6., 3.6, and 3.8 and ensure that these limits are observed in all media, from newspapers to the newest digital platforms.

Read the full issue of LEMR